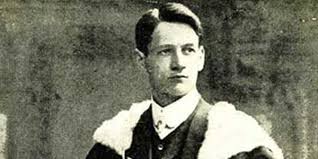 Terence MacSwiney was an Irish playwright, author and politician. He was elected as Sinn Féin Lord Mayor of Cork during the Irish War of Independence in 1920.  He was arrested by the British Government on charges of sedition on August 12th 1920 and imprisoned in Brixton Prison.

Terence  immediately began a hunger strike in protest at what he believed were unjust charges.

Terence’s family assisted by Art O’Brien of the Irish Self Determination League in London began a press campaign that  brought him and the Irish Republican campaign to international attention.

These contrasting editorials from the Times of London  show how a softening of attitudes towards the MacSwiney’s plight had begun. 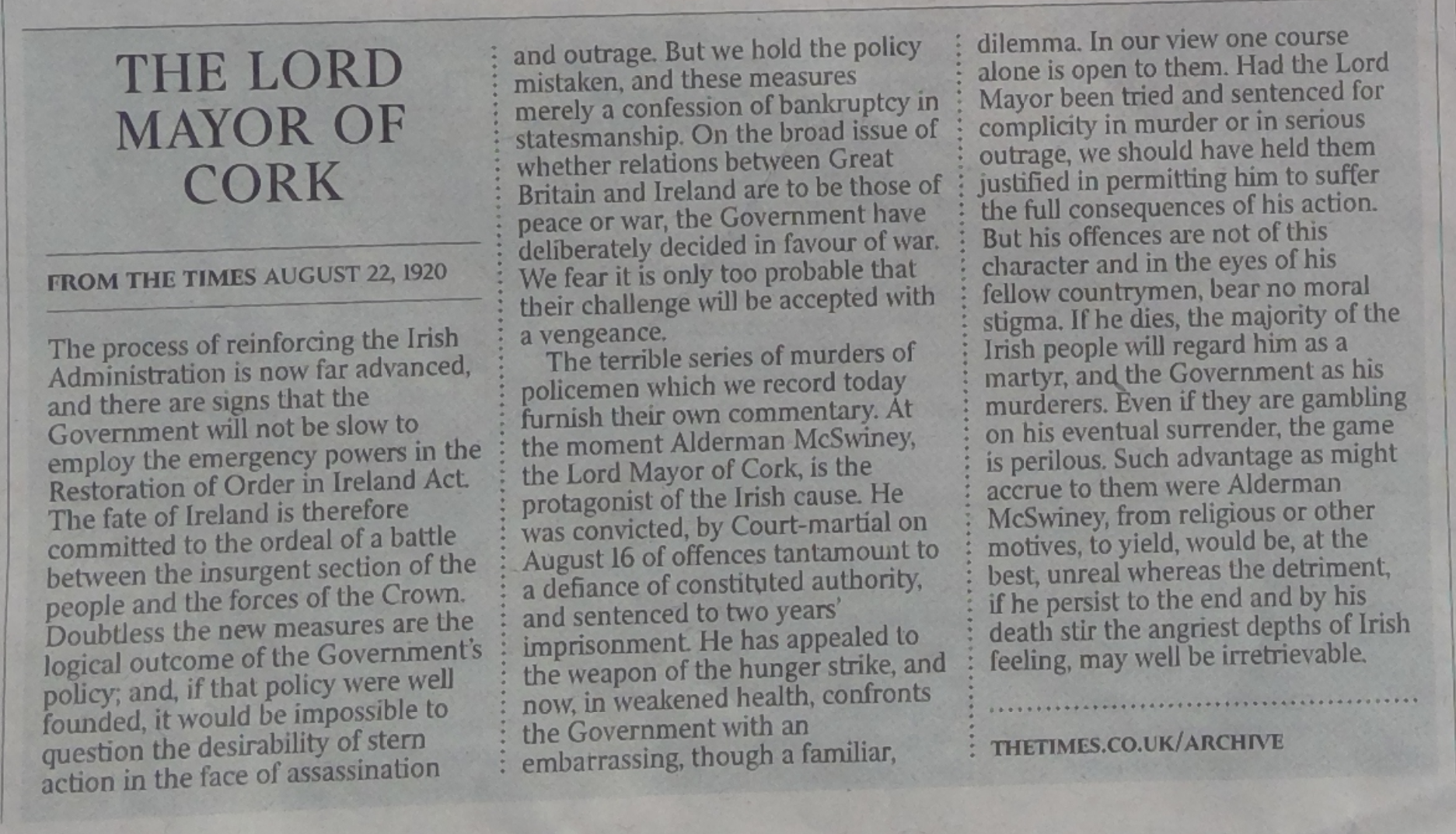 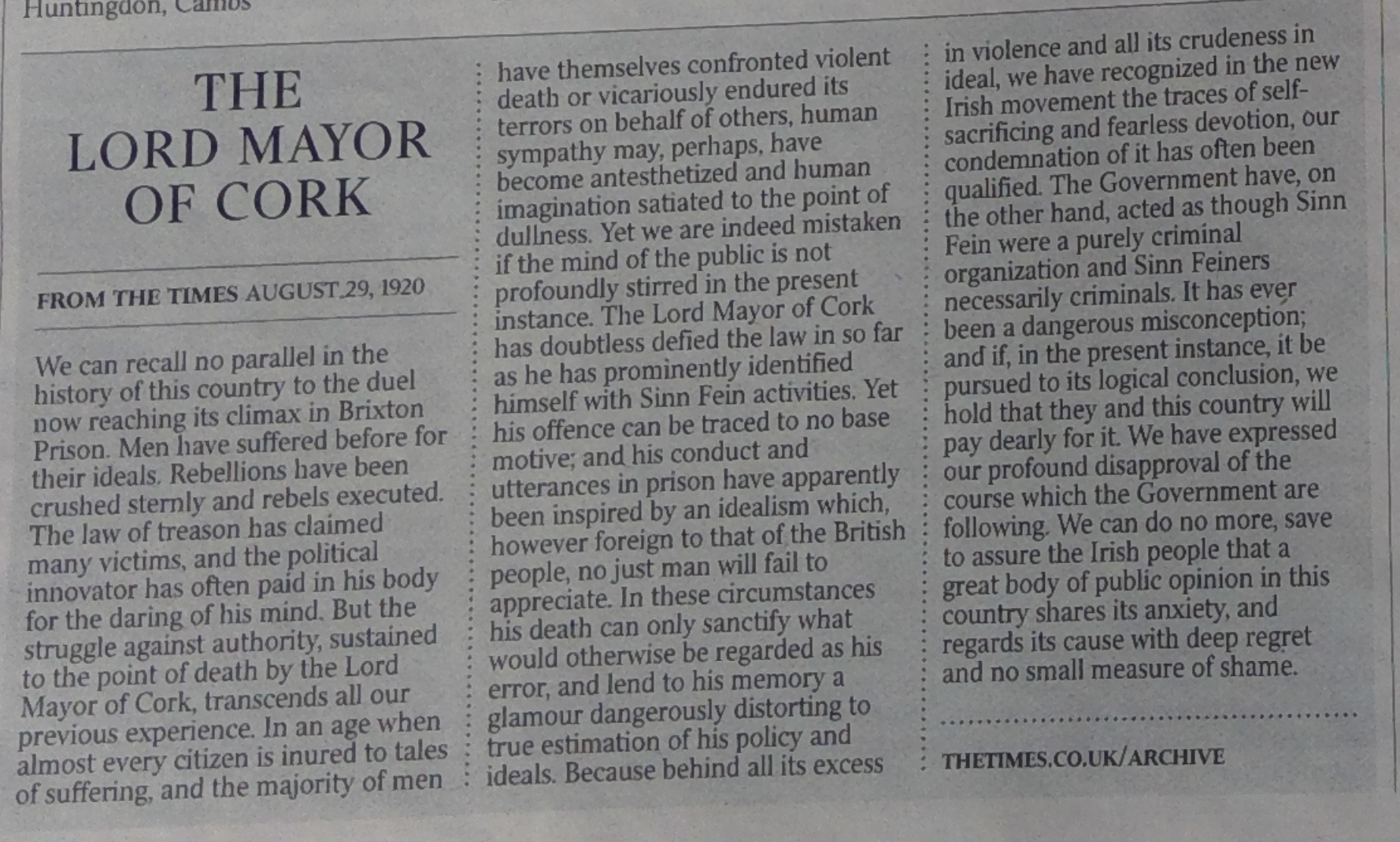