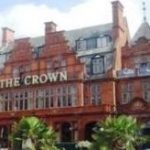 Supporters of Aisling Return to Ireland and their friends gathered in the Sala Room at the Crown Clayton Hotel in Cricklewood on Sunday May 17th 2015 to enjoy a murder mystery and raise funds for the charity at the same time. 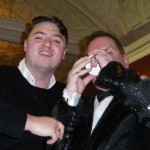 Guest became temporary members of the Flatfeet Admiration Club (Kilburn), a society set up to pay tribute to the world famous Irish dancer Michael Flatfeet and attended a meeting that Daniel O’Donelly, its chief financial officer had decided to bring  forward by a full month.

What had Daniel discovered? Did it have anything to do with the money saved to visit Michael Flatfeet‘s birthplace in America? Did this knowledge put him in danger?

Only those who attended will know the answer. If you would like to know then keep an eye on this website for future performances.

Are you a charity needing to raise funds? Yes? Then why not  contact us?