CAST IN ORDER OF APPEARANCE 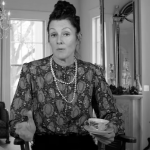 Mary Murphy -Sharon Wymark
Sharon is a London based actress; her mother was from County Mayo and her dad’s mother was from Wicklow. Sharon  originally trained at Manchester Metropolitan School of Theatre. In addition to acting she has worked as a lecturer in drama and the arts to young people who have special educational needs. She has been a project manager for Makendoo running painting workshops and events which take place countrywide. 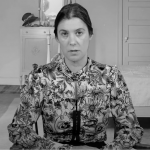 Geraldine O’Sullivan- Jacqueline Milne
Jackie is an Irish actor who grew up in Luxembourg and Ireland. She studied in both Dublin and Cork, thereby also giving her the opportunity to develop closer connections to her parents’ family. She graduated from Mountview Academy of Theatre Arts, London in 2017.
As well as being an experienced audio-book narrator, she is currently performing motion capture for the Oscar-winning company, Zeilt Productions, in Luxembourg. 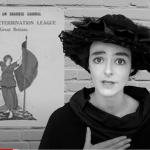 Muriel MacSwiney- Sorcha Dawson
Sorcha is an Irish actor from County Cork who trained at London School of Dramatic Art. She is a founding member of sketch comedy trio MEELAGOOLA who collaboratively write and produce their own work, performing across the UK and Ireland since 2018. Sorcha is also a qualified Adult & Children’s nurse and specialises in care for children with complex needs.

Sorcha will next appear in ‘A Single Candlestick’ by Shane White at the Bread & Roses Theatre, Clapham London this October and ’Toad In The Hole’ by Simon James in Hope Mill Theatre Manchester, January 2021.